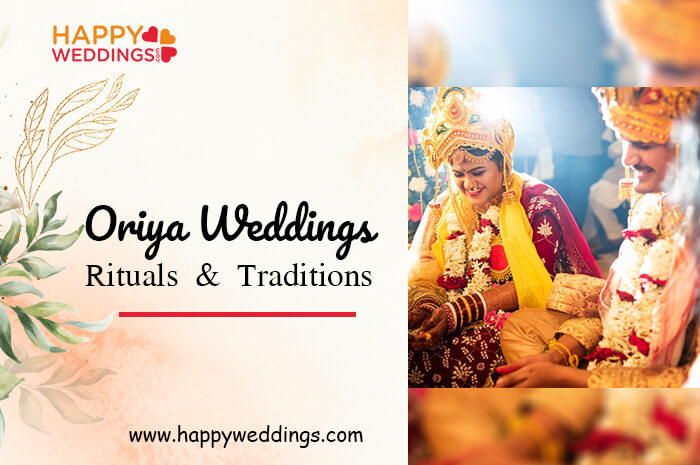 Orissa, popularly Odisha, is a state popularly known for its rich bio-diversity and world-renowned pilgrim centers. Apart from these specialties, the state also reflects its varied cultural significance, giving you a perfect insight into the interesting ritualistic practices that the state’s people follow.

When we discuss Orissa’s cultural significance, the Oriya wedding ceremonies come first, where you get to see simple and meaningful wedding rituals. 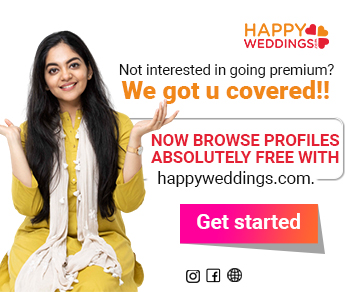 The people of Odisha give so much importance to the traditional customs when it comes to marriages.

Now, let us have a brief look at the important and vibrant Oriya wedding rituals and customs that you should never miss. 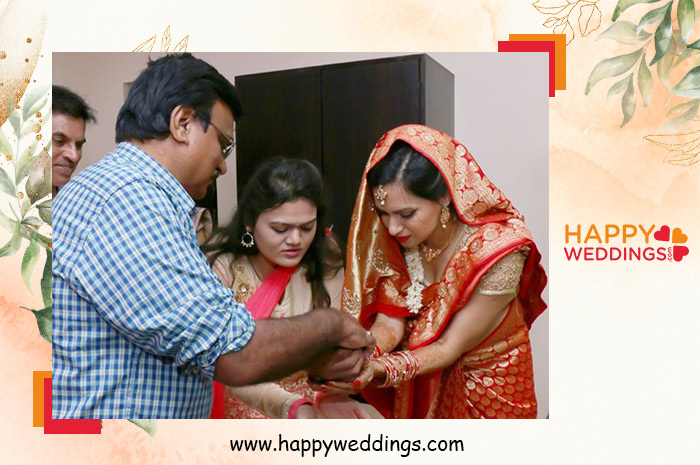 Most of the Oriya weddings are arranged marriages where the families at first match the horoscopes and arrange a meeting between the bride and the groom and the families. Once both parties agree to the alliance, then this ritual is performed. Nirbandh is, in fact, a formal engagement ceremony, and interestingly, the bride and groom will not be present during this function.

In the Oriya wedding custom, only the family elders will be present on the engagement day. This happens mostly in temples where both parties give their words signifying their consent for the marriage. Gifts are also exchanged between the families. 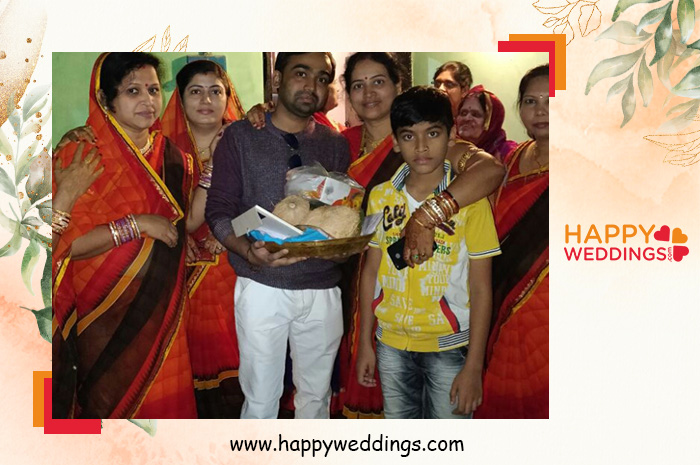 This is one of the most important pre-wedding rituals in an Oriya wedding. The families order wedding cards to make the official announcement of the wedding. Since Odisha’s people are purely religious, the first wedding card is placed before their Supreme deity Lord Jagannath at Puri Temple.

Known as ‘Deva Nimantrana,’ this ritual holds great importance among the Oriya community. Then it starts the official invitation where all the friends and relatives are invited. The bride’s father and menfolks at the bride’s side visit the groom’s house to invite his daughter’s marriage officially. This is another important custom in Orissa and is known as Jwain Nimantrana. Like the Haldi ceremony in other Hindu wedding rituals, Mangan in Oriya wedding happens one day before the wedding date. Pure turmeric is taken, and it is then made into a paste which is smeared on the bride’s hands and feet by married women in her family. The same thing happens at the groom’s place as well. Once turmeric paste is applied, the bride and the groom will have a holy bath. 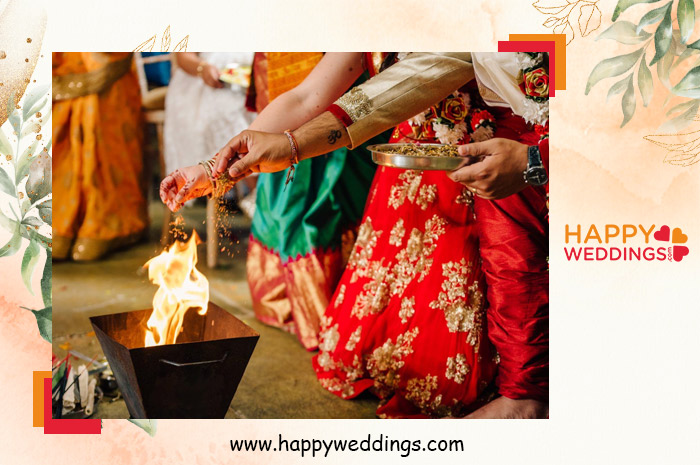 In this Oriya wedding ritual, the holy flame is lighted by the priest. This sacred fire holds great significance in Oriya weddings as it signifies auspiciousness. And the fire is supposed to be lit till each, and every wedding ritual ends. 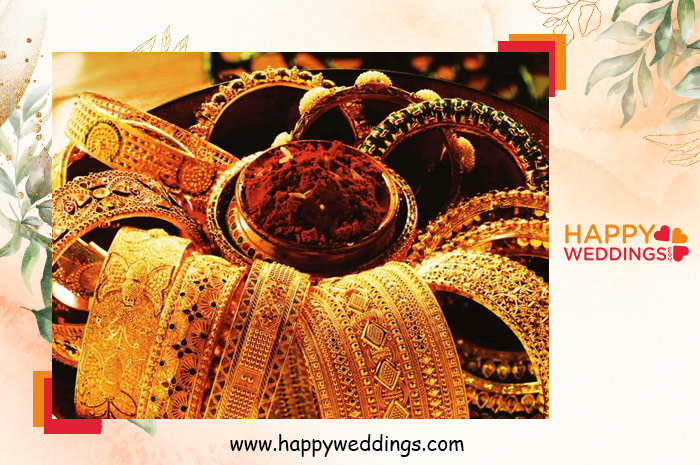 In this ritual, the bride visits a nearby temple dedicated to Goddess and offers her prayers to seek the deity’s blessings. The wedding accessories like the bride’s saree, ring, toe rings, and bangles are placed in front of the goddess, and prayers are offered. It is believed that the goddess will bless all these objects for the couple to have a blissful life together. 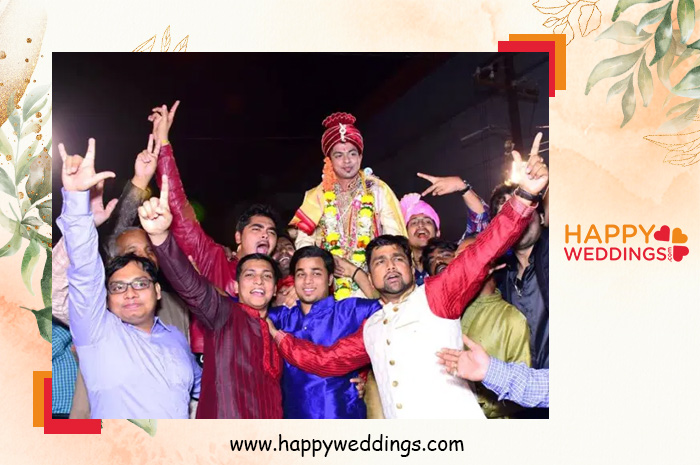 The groom begins his journey to the wedding venue at this wedding ritual. His family members and friends accompany him. Mostly, the family members escort the groom in separate vehicles as a procession. He is given a warm welcome at the venue’s entrance, where the bride’s mother performs a traditional aarti. He is then carried to the mandap. 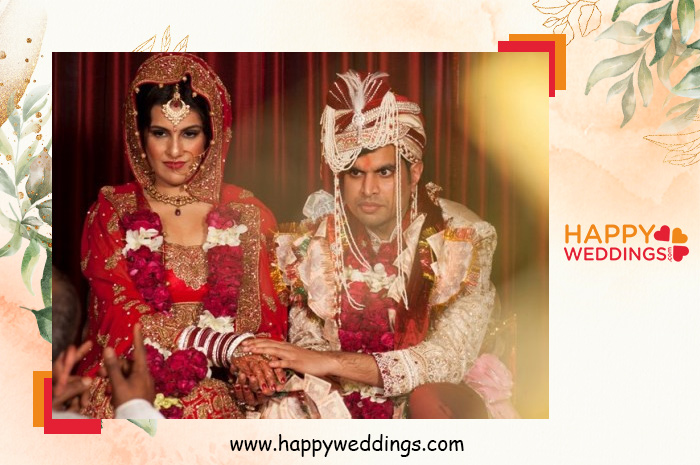 Kanyadaan is the most auspicious Oriya wedding ritual in which the groom enters the mandap (the venue where the marriage happens), and the bride’s father gives away his daughter to his son-in-law. The bride’s father asks the groom to take care of his daughter as he did. He also urges him to give proper love, care, and affection to his daughter. The groom agrees to this and seeks blessings from his father-in-law. This is a holy ceremony in which a garland made of mango leaves is placed around the bride and groom’s hands. The bride’s father will join the hands. And the groom accepts the bride as his wife and promises to keep her happy always. This ritual also marks the evolution of the bride to that of a wife. 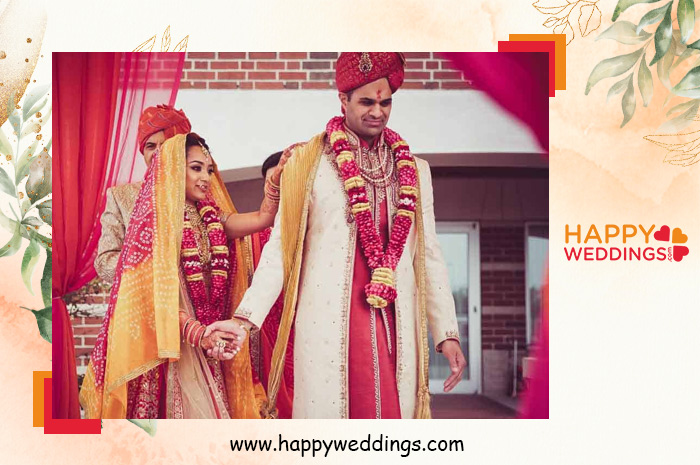 During this ritual, the couple holds their hands and walk around the sacred fire seven times. These seven steps represent seven sacred vows that the couple has to follow in their married life. The couple silently utters the vows while taking each step.

The couple steps out from the mandap to see the Polaris. After watching, the groom takes some sindoor (vermillion) in his hand and applies it to the bride’s hair parting to confirm her as a married woman. She is supposed to put sindoor for the rest of her married life.

Register with us for Free! 100% Verified Profiles Once all the wedding rituals get completed, there will be an interesting game session where they get relaxed. Kaduri is a small and shiny shell in which the groom holds a handful, and the bride is supposed to open his hand and take out the shells. 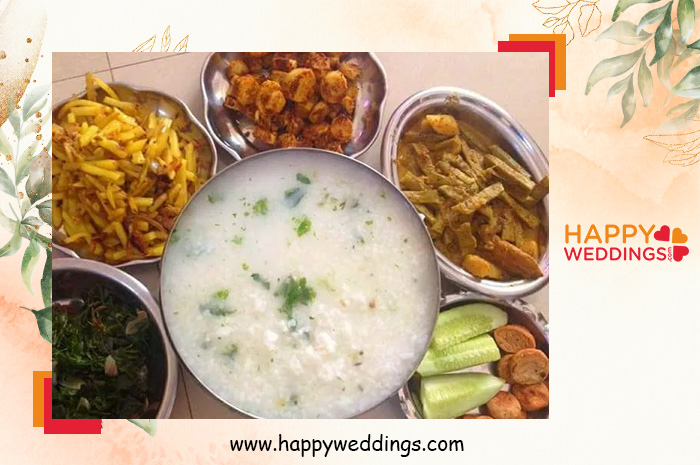 In this ritual, the bride’s mother invites the groom to have some food. Interestingly, he will have his food sitting on his mother-in-law’s lap. She will feed him delicious Odisha delicacies. While the bride gets ready to leave her home, her mother will sing songs popularly known as ‘Bahuna’ songs. Through these songs, she is trying to emote her pains. It is quite an emotional ritual in the Oriya wedding ceremony. The couple reaches the groom’s house, where they are warmly welcomed. The bride is considered the incarnation of Goddess Lakshmi, and hence she is welcomed by performing aarti. She is believed to bring wealth, happiness, and prosperity to her new house. 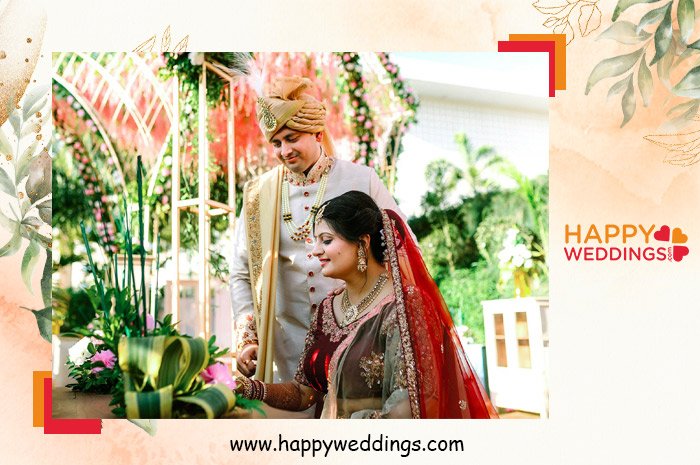 This ritual is performed on the eighth day of the wedding. The bride and the groom visit the bride’s paternal home to have a grand and extended feast. The couple stays there that night, and it marks the end of the Oriya wedding traditions.

Also Read: Goan Wedding and its Colorful Rituals and Traditions!!

Well, all these traditional Oriya wedding traditions and rituals are quite interesting, isn’t it?

Have yours by registering with Happyweddings.com. It’s absolutely free and reliable. Try out and find the love of your life.

Domestic Violence Against Women: How It Impacts Our Society