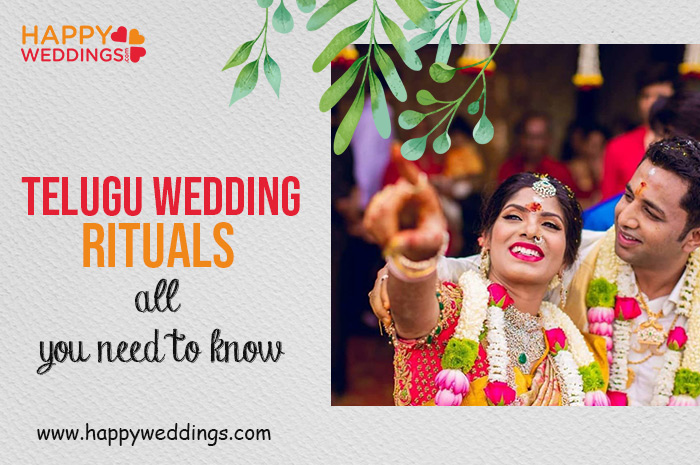 It would be great to know about the myriad traditional aspects involved in Telugu weddings, filed with full of life and colors. Here is a complete guide to know more about Telugu wedding traditions and rituals.

It’s a long affair, and you have to wait long for it to wind up

So, what are the important Rituals of the Telugu wedding? 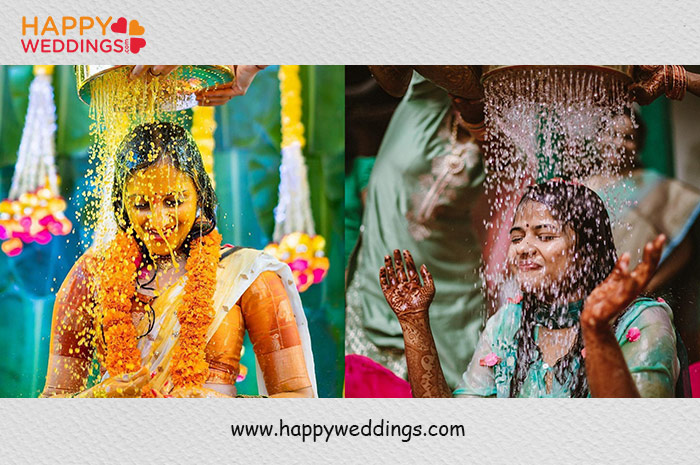 As a part of the bride/groom making ceremony, the Mangala Snanam is done where the bride as well as the groom will be smeared with turmeric.

The event happens at the respective residences of the bride and the groom. The word ‘Mangala Snanam’ literally means Holy Bath. The ceremony happens at the Muhurtham time (auspicious time) and the couple wears the first set of wedding dresses right after this event. 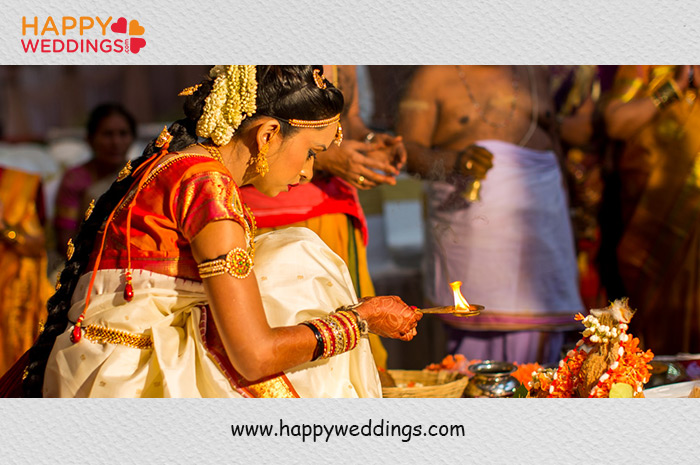 As per Hindu belief, every auspicious occasion begins with a Ganesh Puja in which Lord Ganesha is worshipped, to avoid any obstacles. The bride seeks blessings from the Goddess as she is believed to be the symbol of fertility and motherhood. 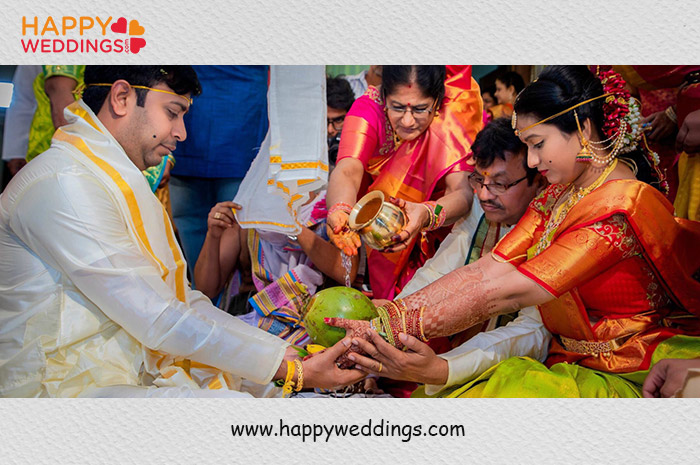 ‘Kanya’ means young lady and ‘danam’ means giving away. The bride’s parents wash the feet of the groom before entering into the venue. 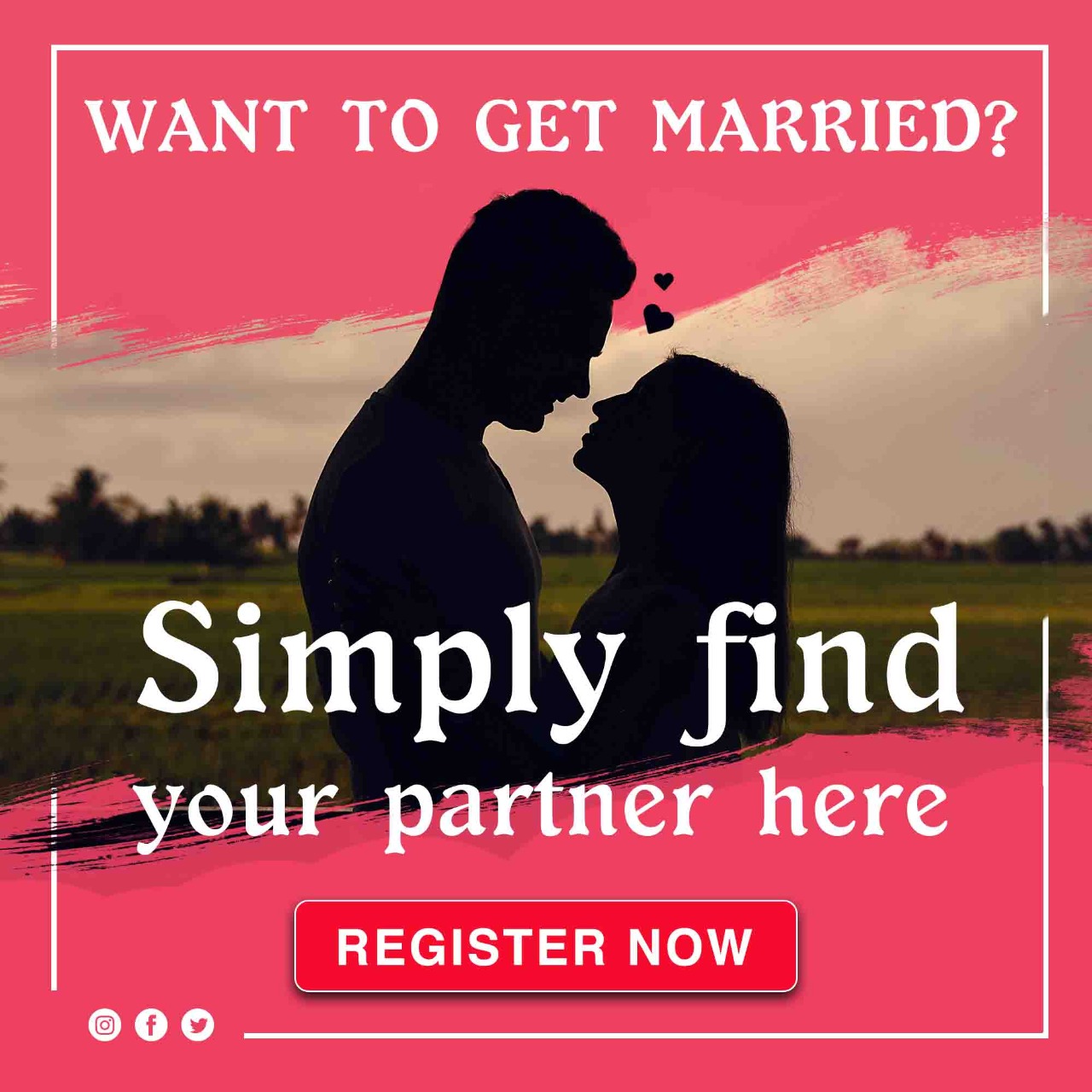 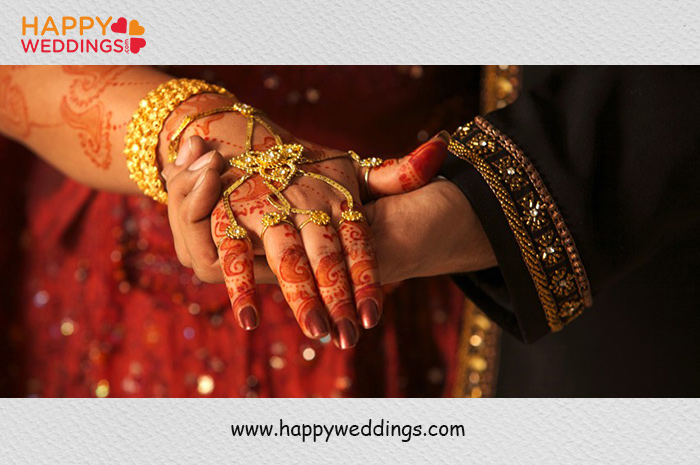 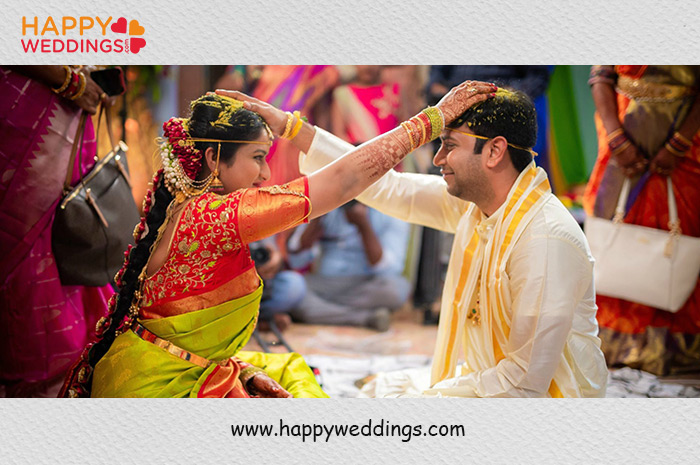 One of the most important rituals that happen as part of the Telugu wedding ceremony is Jeelakarra Bellam. Jeelakarra means cumin and Bellam means jaggery.

During this ritual, the mix of cumin and jaggery is pasted on the hands of the couple who then place this paste on each other’s heads. 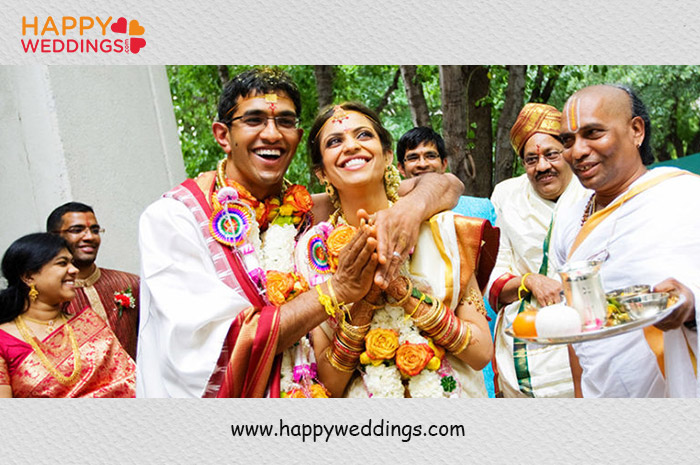 Once the Jeelakarra Bellam is over, the couple changes the dresses for another major ritual known as Madhuparakam.

Both will be dressed in white clothes with a red, yellow, or green border. While the white color indicates purity or loyalty, the other tinges of colors indicate strength. 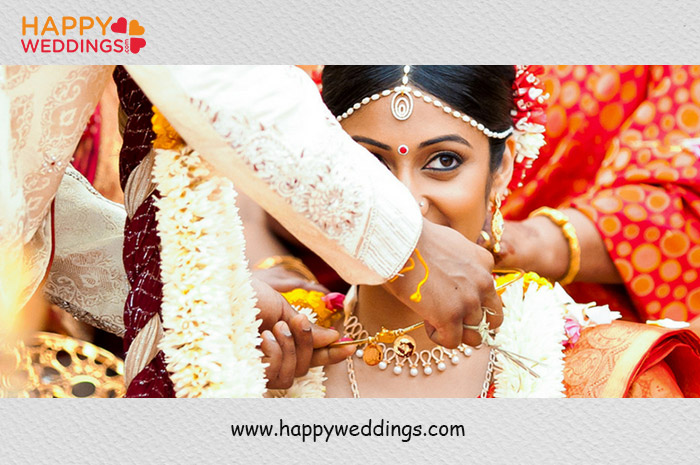 This is an auspicious occasion where the groom ties the Mangalsutra (the sacred yellow thread) around the bride’s neck amidst the ‘sannai mellam’.

The sacred yellow thread will be smeared with turmeric paste and there will be two separate gold pendants attached to it. Since the ‘Mangalsutra’ is the identifying mark of a married woman, the ritual is of great significance in the Telugu wedding ceremony. 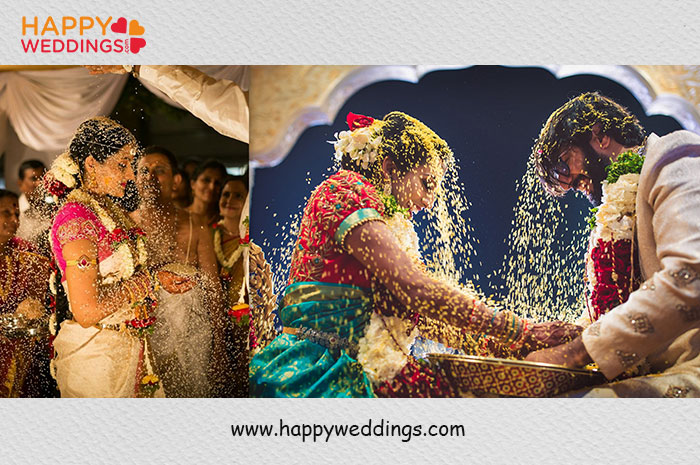 This is a fun-filled ritual as part of the Telugu wedding ceremony. During this ritual, the bride and groom pour Talambralu (a mix of rice and turmeric) on each other’s heads.

It then becomes a competition and the couple pours more things like rose petals and pearls on each other.

It is a simple gesture in which the couple accepts each other as partners by exchanging the garlands. 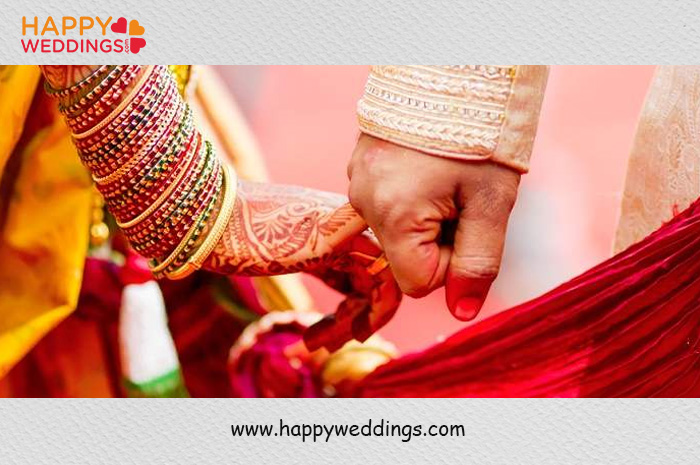 Saptapadi is a ritual conducted during Hindu wedding ceremonies and it is different in different regions. The ritual means ‘seven steps’ where the groom leads the first three steps and the bride leads the last four steps. In this ritual, the groom expresses his respect towards the groom by bending in front of her and ten puts a silver toe in the bride’s feet. Also, a string filled with black beads is tied around the brides’ neck to keep all the evil eyes from her. After other rituals are done, the chief priest takes the couple out of the venue to spot the stars (Arundhathi and Vasistha) in the sky. The groom points the stars and shows them to the bride. This is the final ceremony conducted as part of the Telugu wedding ceremony in which the bride’s parents officially handover the bride to the groom’s family. The couple then leaves the wedding venue.

Now it’s your turn to find that perfect partner for you from the Telugu community. Simply register with www.happyweddings.com to search and find your soulmate.

Love Marriage vs Arranged Marriage – Which one is safer?